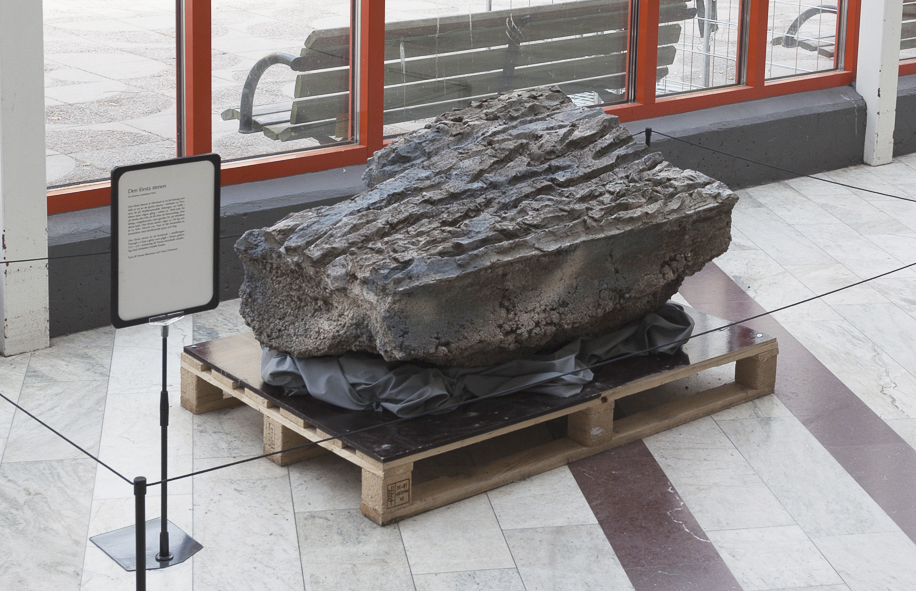 The First Stone was a work connected to an exhibition with Frederick Kiesler at Tensta Konsthall http://www.tenstakonsthall.se/?frederick-kiesler-visioner-i-arbete-med-tillgg-av-cline-condorelli-och-sex-studentgrupper. Three artist were invited by curator Dorota Michalska to make a piece in relation to  shops in the Galleria. The First Stone were developed in relation with the flower shop Interflora in Tensta galleria owned by Faraj Chamoun. The First Stone was transported on a truck from the National City park Djurgården, where the general income level is the highest in Stockholm to Tensta whith the lowest general income. Stockholm is one of Europe’s most segregated cities and in the last few years stone throws against buses and police have taken place in Tensta. The stone is a piece of concrete that fell out of one of the old oaks close to the so-called “Prince Oak” on Waldemarsudde in Stockholm. Concrete was poured inside the trunk of the oak tree in the mid-1900s to prevent it from dying after it was struck by a lightning. The veiny, irregular, and uneven surface was created to resemble the bark of the oak. Oaks were protected in Sweden in the 16th century this was because they were used as timber to build warships. The trees were the property of the king and the punishment for cutting down an oak was death. Before the 16th century, oaks were often considered sacred trees. On the other hand, concrete, can be considered the symbolic material of modernism: both cheap and easy to shape it enabled a new architecture. The work focuses on liability issues, historiography and the hybrid status of nature.

The First Stone weighs about 750 kg and the dimensions are approximately 100x100x50. The surface was lightly sprayed by the artist with stone-like paint blurring the boundaries between natural and artificial matter even more. By the work a sign is placed with the written story behind the work 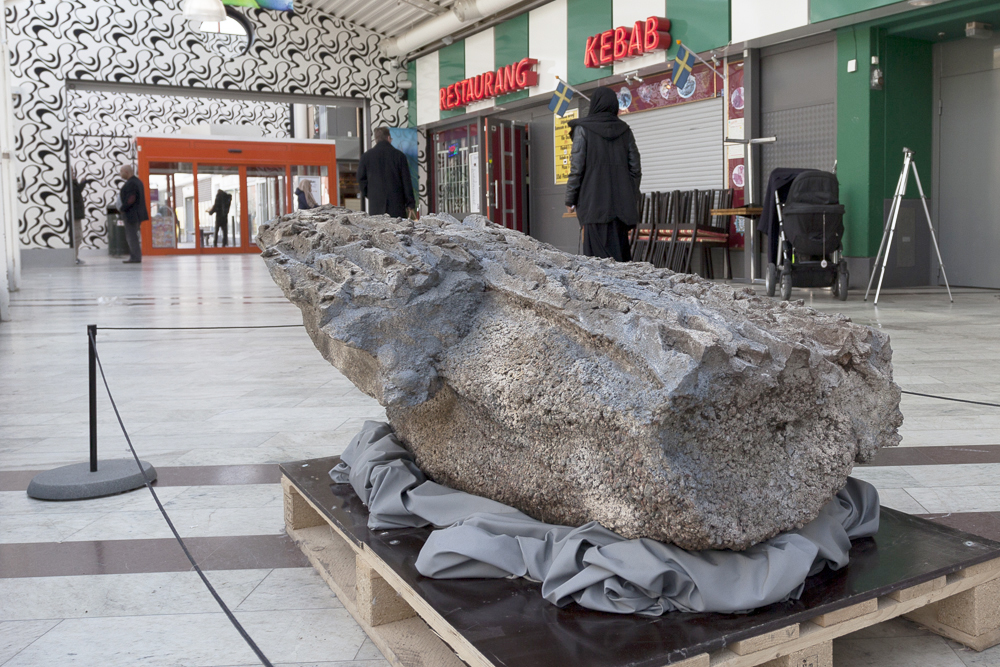